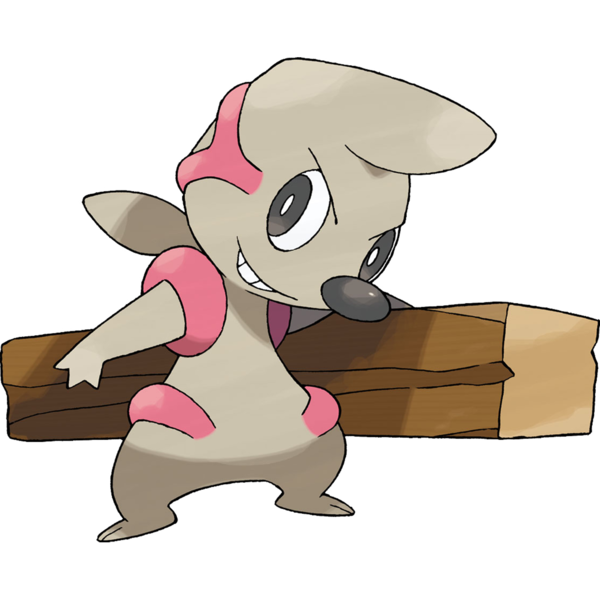 This pure fighting type pokemon is the first of many fifth gen lines to be mercilessly panned by the fandom from day one. Loathing of this interesting, uniquely designed family has calmed down a bit, but you'll still find it on a fair share of predictable "worst pokemon" youtube lists, because we can't be having monsters that aren't pretty, can we?

What I like about Timburr, of course, are all the things everybody else doesn't like about it. The external ropes of muscle tissue are cool as heck for a fighting time, its goofy face brings to mind a Fleischer-era cartoon character, and this pokemon fights by beating things with a big wooden plank. That's hilarious. I guess some people hate pokemon with "weapons" or "accessories" that aren't necessarily a part of the pokemon's biology, because at that point the pokemon may as well carry any old thing around with it, but maybe it's like hermit crabs, you know? Timburr just has a natural instinct to find and carry chunks of wood shaped a certain way. In the wild, maybe it uses fighting-type moves to carve its own plank out of a tree? 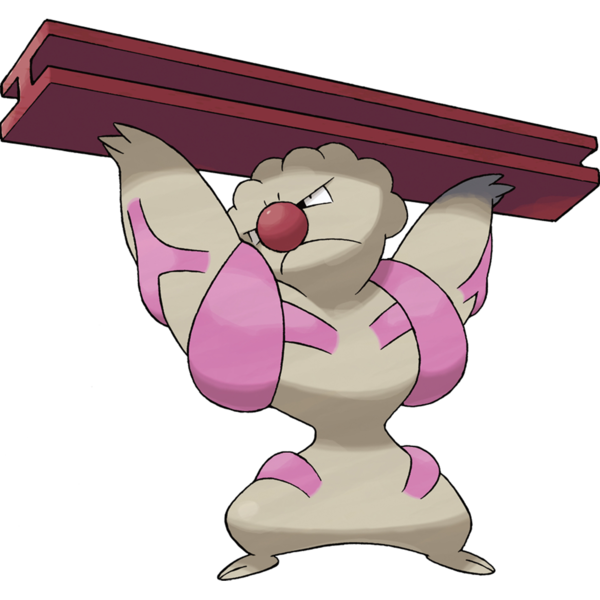 It's a little harder to justify Gurdurr the same way. Did this species only come into being after humans invented the steel girdir? What to Gurdurr do when they can't find one?

Fortunately, I just stopped caring, because a clown-faced veiny muscle monster that wallops people with a metal beam is way too funny to sweat the details.

Speaking of those veins or tendons or whatever they are though, I LOVE their arrangement on this monster. They wrap around the simplistic body very nicely, their coloration is a pleasant contrast with the grey flesh, and they're very recognizable as part of its musculature despite how simplified they are. 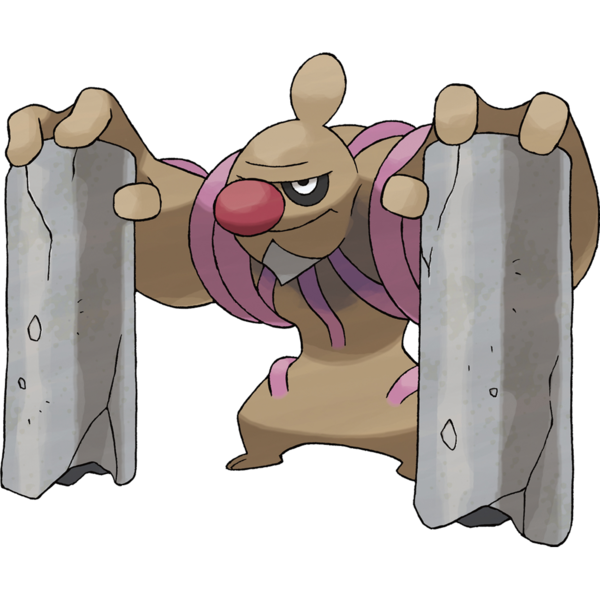 The final stage, Conkeldurr, invokes an old man using a pair of concrete support pillars like a "walker," and I guess I can see why this hunched, mutant grandpa isn't the most popular design. The "externalized muscles" aren't as apparent for what they are and the face is kind of nondescript, but it's still really, really different from the standard Pokemon fare. What this line immediately makes me think of are basically urban-flavored "ogres" or "trolls," and I'd like to think that, yes, they only evolved into being after all these architectural inventions came about. Designs like this lend a lot of credence to the idea that Pokemon might evolve to reflect human concepts and memories - that they're living embodiments of themes and ideas.

They're unique, and unique is good.