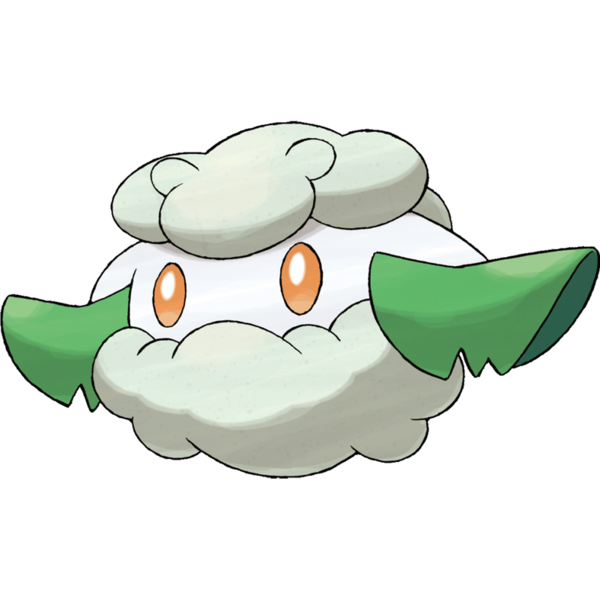 Originally just a grass type, Cottonee was upgraded to grass/fairy a generation later. The "cotton puff" pokemon is a pretty fun idea for a plant creature, resembling a broken-open cotton pod with lamb-like "ears" formed from its lobes. According to the dex, it also defends itself almost like a cuttlefish, ejecting blobs of cotton to serve as a decoy against predators! 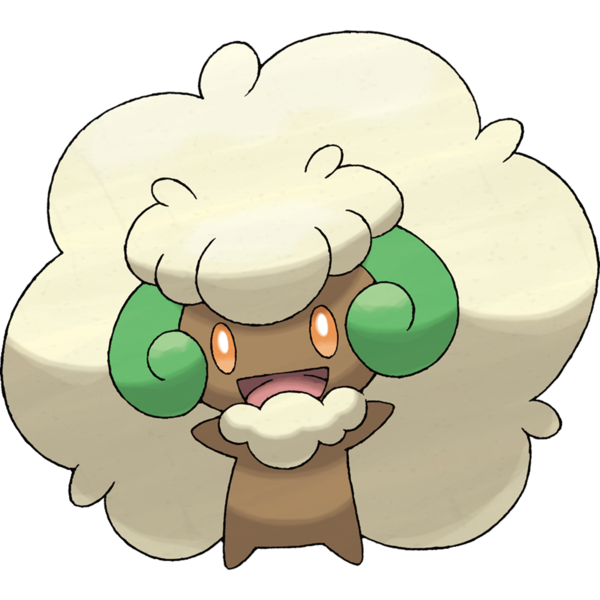 The evolved form, Whimsicott, loses the aspects of an actual cotton pod and becomes a little less interesting, but it more explicitly resembles a sheep-like being, which may be at least somewhat derived from the mythological vegetable lamb. 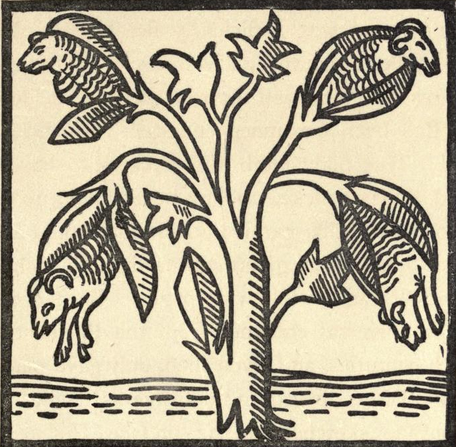 ...Then again, it might just be because both a cotton plant and a lamb are white, woolly things.

However you want to interpret it, Whimsicott's real gimmick is being a complete and utter ass, able to strike first with obnoxious status effects and defensive maneuvers thanks to its "prankster" ability. With its arsenal of recovery moves, Whimsicott can even set up a loop of protecting and healing itself that can be difficult to break through without the right counter-strategy, driving many opponents to forfeit the match in frustration.