Welcome to Halloween 2022:
Bogleech.com is About to Turn 21 Bogleech began its life as a "Yahoo! Geocities" site on October 9th, 2001, and was registered to its own original domain name only three years later. This means I'll have been updating my own personal website with my own little art projects, hobbies and interests for what will be 21 years straight by October 9th, 2022, and it's almost unfathomable to think about what's changed in that time frame.

Bogleech.com, if we count its geocities origins, is older than the existence of Facebook, Twitter, Youtube, Etsy, the chan boards, and in particular smartphones. I didn't even know anyone who owned any kind of cellular phone at all when I wrote my first silly little video game creature review. Nobody could have ever even imagined that what some of us still called a telephone would evolve into a pocket-sized internet browser. Back then, before all those "apps" and "ipads," there were tens of thousands of people doing what I still do here. If not chat rooms or ebay auctions, there wasn't really much you could do on the internet. Having your own "homepage" was the pinaccle of an internet presence. The ultimate goal of the "web surfer." The only REAL way to "put yourself out there" and really do something with your e-life. You can still see the kind of footsteps I originally followed on what's left of the original Seanbaby or the only recently retired I-mockery, and perhaps the only one of these early pioneers still plugging along smoothly is the author of Dinosaur-Dracula.

I'd love to be able to say that Bogleech will someday be in its thirties or even forties, but odds are much higher that these are already its twilight years, especially because its 30's or 40's would be closer to my own final few decades left on Earth. Both are already relics of an unrecognizable cultural and technological environment many of you were never alive to see, and after 21 years of enthusiastic opinion pieces on imaginary critters, it's hard to want to keep putting the same time and energy into something so niche or so temporary...especially while I still sweat over pushing bigger projects along at only a snail's pace as it is. 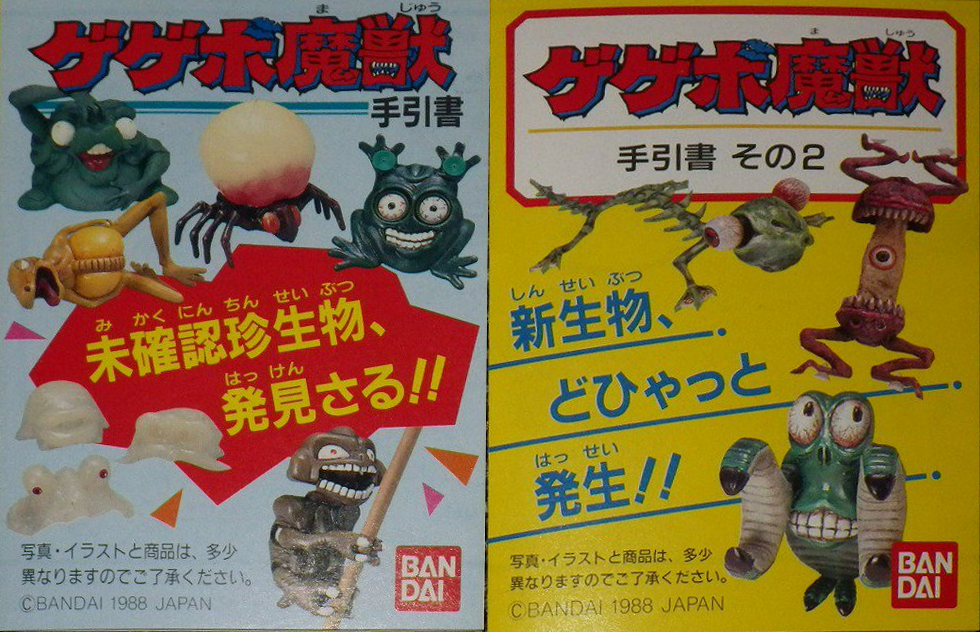 What's more, this is probably the very first time I've ever made it an entire year without discovering anything really "new" (at least to me) that I could get excited to share. Past years yielded at least a few novel oddities I couldn't wait to talk about, like the Simulation Chocolate Gadgets or the The Gegebomajuu. Even last year, when I already ran out of steam in record time, I'd known for months that I wanted to share my silly little feelings on Singular Point, Shinbi's Apartment and Scarlet Nexus, to name a few...but even this year's introductory post, the one you're reading right now, is already more about the fact that I didn't have anything to make an introductory post about.

That's why 2022's Halloween season may very well be even smaller than 2021...and why many of the articles I do write for it might basically constitute the website's "bucket list:" Things that have been languishing on my idea pile for many years, in some cases even since the beginning. If you've kept up with the site in its "off season," you already saw me whittle this list down a bit when I talked about Wild 9 and The Pirates of Dark Water. I'm also weighing how much I might like the idea of doing individual horror movie reviews, as conventional as that may be, or taking yet another shot at branching into videos, and I've at least got quite a bit of material for an Elden Ring feature.

In the meantime, I'll be happy to read your recommendations for any strange and interesting bestiaries to investigate. If you're new, I reserve this time of year for reviewing anything with an arguably "creepy" angle, though that's obviously a very, very broad umbrella when it comes to reviewing monsters. I also prefer anything relatively obscure, and especially media that hasn't yet been localized in English! If I've aleady covered something, I'll probably link you to it.