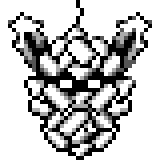 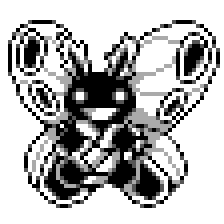 Before we ever had Pineco and Forretress as concepts, we apparently almost had these very different bagworms; a larval stage with feathery antennae and an dult moth still wearing what's left of its original casing. Not particularly memorable, but certainly very cute. By the second stage, the bag almost looks like a bunch of bandages, and how cute would it have been if they refined this idea into a mummy-themed bagworm moth?? Why did I never think of that before?! This design ultimately doesn't go that far into any novel twist, but, I do appreciate the look of pure delight on that moth's face. 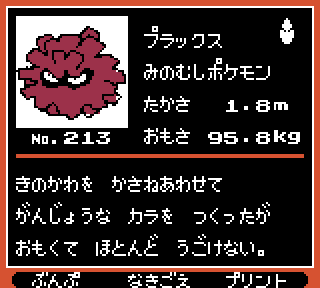 As Gold and Silver shifted to a more colorful game, the bagworm that would really become Forretress was eventually slotted in as a replacement for the scrapped Plux. While I like Forretress as-is, there are things I like about this scalier, grouchier placeholder design. 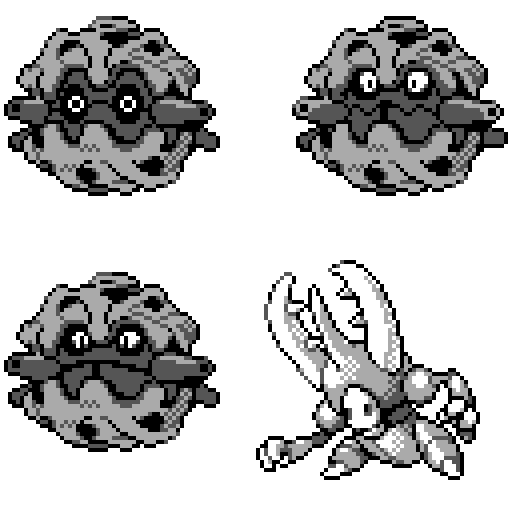 Soon, Forretress began to take more shape, and this "scratchpad" of sprites comes with a pretty awesome treat for anyone who likes this Pokemon anywhere near as much as I do; a look at the "true face" it almost had! Now we know that the black seam surrounding Forretress's eyes actually began as a mouth. Could it even still be a mouth? Was Forretress an eyes-in-the-mouth design all this time?! I guess it probably wasn't meant that way, but still, really cool glimpse into its development!