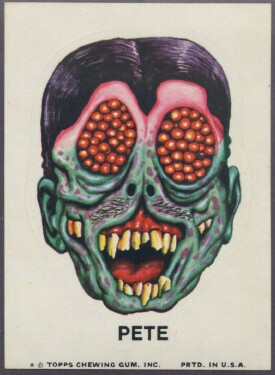 Terrifying. Holy hell. Those eye sockets are nightmarish enough, packed with globules that may or may not be visual organs at all. I'm going to say they're probably eggs of some sort, maybe spiders. Maybe tiny eels. Maybe something that defies description but will swarm over your face and dig into your scalp like little ticks. I'm sure the whole skull is probably filled with them instead of a brain. Even once you get past the "eyes," you've got the hair and mustache of a total creeper. 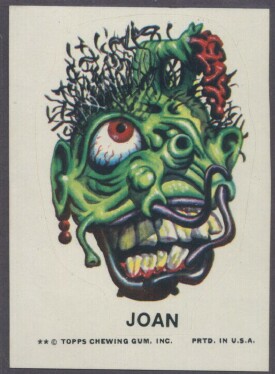 A lot of weirdness in this misshapen cyclops, most notably the brain tissue that appears to be dribbling out of a hose-like cranial stalk. Is that deliberate? Does this lady have to molt brain matter or something? More disturbing is the black worm or tentacle slithering from cheek to gums, or possibly gums to cheek. Maybe it's the same one coming out of the "nose?" 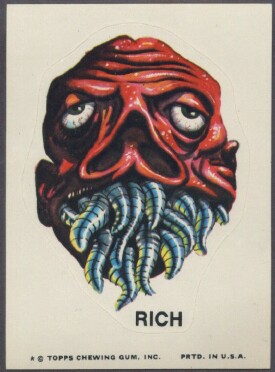 This big-nosed ghoul has a mouth stuffed full of either huge, silver maggots or many segmented, metallic tongues, both implicating some strange eating habits. It's easy to miss that it also has tiny, nasty little teeth. 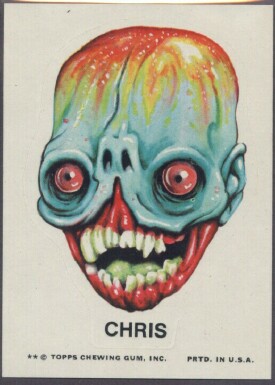 This is one of my favorites of the heads; simple, but very pleasantly scary and alien, with an all-around cool color scheme. I like the complete lack of flesh below the upper lips. 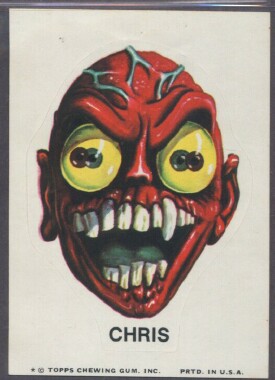 This menacing red demon isn't especially imaginative, but the dual pupils are a bit spooky. They seem like they might have been an afterthought, to give this guy more punch. 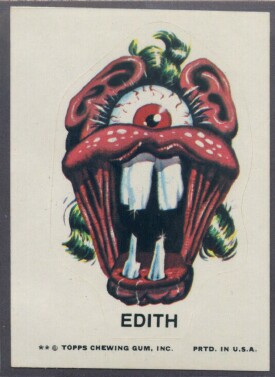 I like this one, perhaps unintentionally resembling a one-eyed naked mole-rat. Those jagged shard-like teeth look unbelievably dangerous, especially with the little shines on them, universal cartoon indicators of sharp objects. 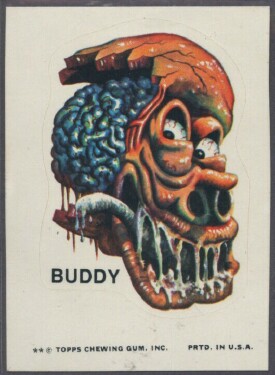 An especially nasty one, happily slurping the ooze off its own exposed, dripping brain! Even moreso than its mangled cranium, the toothless, spit-caked mouth is easily one of the least attractive things in the entire set. 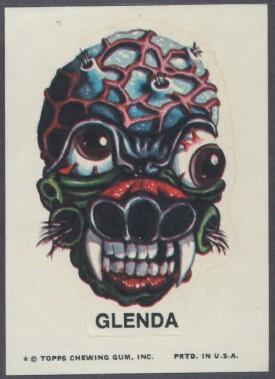 Another one with an alien-looking brain, the most grotesque feature here is probably the cilia poking from its various holes, as well as those many large nostrils. 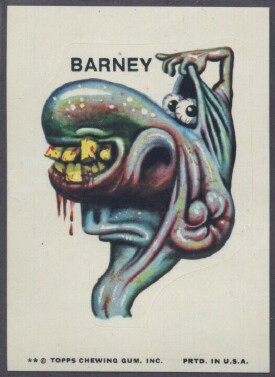 Another that reminds me a great deal of Basil Wolverton's Uglies, right down to how its neck cuts off. The toothed nose is interesting, but the best part is how it needs a whole tiny arm to open its eyes, which share the same lid. What a sad, unfortunate goofball. 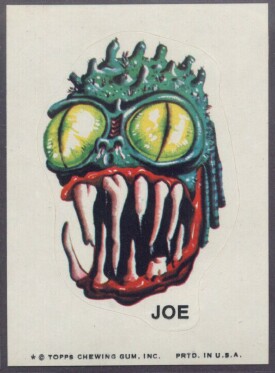 This one is almost all menace, with neat reptilian eyes and very brutal-looking teeth; one bite would probably rip your face open like potato chip bag. A lot of these next-gen Uglies do lose something special by looking so malevolent, though despite how they look, I'm sure they probably still go roller skating. 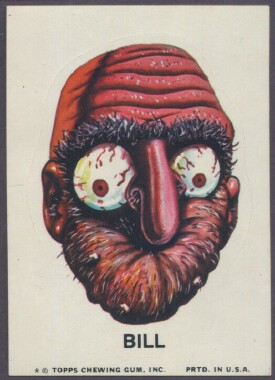 I think this is another of the creepiest Ugly faces; it would just be cute and silly in a cleaner, more cartoonish art style, but in realistic detail it's simply horrific, which nicely sums up a lot of the nightmares that plagued me as a child. Just imagine this imploded geezer peering from the dark corners of your bedroom...not so ridiculous now, is it? 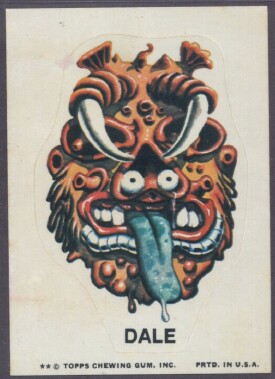 This fiend has all sorts of extraneous holes and sockets going on, with a set of strange fang-like head appendages (venomous, no doubt) and eyeballs in what ought to be its nose. The whole thing makes me think of...cheese. 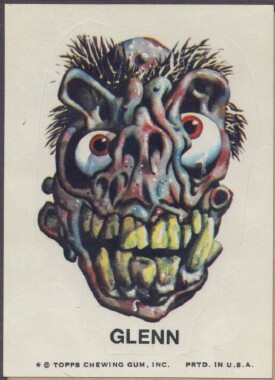 I'm rather fond of this one, but there's not a lot to say about it. It's nicely convoluted without being too messy. The ear-like eye sockets are neat, as are its many semi-nostrils and the nice way its huge, yellowed teeth fit together. There's only one last little batch of true Uglies to go through!